Tentacles in Sicily- scratching the surface

Tentacles in Sicily- scratching the surface

The Berlin duo Kg Augenstern, exploring abandoned Sicilian places, understood as spaces for the transformation of the landscape, scratch the sensitive "surface" with their "Tentacles" (extendable devices in fiberglass), detecting the specific sound. The research investigates existence and boundaries in places where history has determined a transformation between the presence/absence of man. The result of the research is presented in the form of an audiovisual installation in the Ex Oratorio di Santa Maria del Sabato in Palermo. The project, curated by N38E13, is realized in collaboration with the Goethe-Institut Palermo and the Institut Français of Palermo. Event presented as part of the program of Transeuropa, transnational artistic, cultural and political festival organized by European Alternatives since 2007. The 2019 edition of Transeuropa, entitled Oltremuro - takes place in Palermo and is organized in collaboration with the Biennale Arcipelago Mediterraneo.

The final act of the residence in Sicily of the Berlin duo, is presented in the form of a site-specific sound and visual installation, an exhibition of works made in Sicily, and audio documentation, at the Ex Oratory of Santa Maria del Sabato. The oratory is in a state of abandonment waiting to become a synagogue. In the past it was a Mosque, then a Synagogue and Oratory.

The space for artistic, sound and visual confrontation are landscapes defined by a temporal occupation of man and his subsequent abandonment. Places where humanization has built a set of vertical, horizontal and variously shaped walls, in a process of structuring and delimiting the landscape. It goes beyond a humanized space to a territory where walls and structures are no longer boundaries, they are an apocalyptic memory, suspended between life and death, of the construction of the landscape by man. Everything becomes elusive and manifests a failure in the manipulation of nature. The existing tends to re-establish a new balance by slowly eroding the influences of the human being.

Sound and its activity of sensitive detection, activated by the use of extensible glass-fibre devices, the "tentacles", operate surgically on surfaces, affecting them in search of a meaning and a signifier, a primary existence without borders.

The place of abandonment is overwritten by the circular practice of scratching in which the sensitive sound detected is the method and device of investigation. Essential elements are the spatiality and temporality of sound. The process of understanding, analyzing and elaborating reality immediately and transparently is suspended, and other possible scenarios of the existence of places are declined. An aesthetic and critical process that opens up new spaces for negotiating meanings.

The Berlin duo investigates the depths and sublimations of sound through the subtle vibration of the matter of places. In this process of exploration and experimentation a new possibility is activated using "sheep's wool", an element suspended between life and death, in slow decomposition, like ruins. It is precisely in the temporal occupation of the places of abandonment where this suspended matter is encountered and it covers their surface like a new skin.

Death becomes slower as interaction using wool with the scratching of the tentacles makes the vibration more sensitive and the sound less fast. A mystical and ritual practice is undertaken by the Berlin duo, "enacted ruins". An alchemic actuation that mixes matter, sheep's wool, clay and glow of fire, in a process of manipulation of which the result is a new existence.

A circular reflection on sound, in which sound, separated from causes, is an existence independent from becoming, capable of expressing the sound of the unconscious of nature. A process of de-materialization and spiritualization of matter in which there is no domination of man except for a whole of which he is not a primary part.

A perceptive immersion, suspended and generating circular visions. Resonances and fractures. Metaphysical and transcendental projections. A process of de-structuring and resonance of thought builds new geographies of the imaginary, attempts to connect with the real.

The sound becomes an analytical and nomadic device that crosses and describes abandoned places: the kidnapped beach, the ghost village, the fallen shopping centre, the bombed castle. Now they are ruins, wrecks in erosion, eluded by man. Dead places, if man observes them, are clothed in free nature and are preparing for a new birth, following the laws of the circularity of time. Nothing dies. Acoustic fragments reveal a material in decay, a desolation, and an immobility that reveals nothing to nature that slowly reconfigures itself in equilibrium. The sound penetrates the surfaces and depths of the territories dissolving borders and separations.

The crossing and temporal occupation of the places, visited by the Berlin duo, is expressed through the practice of circular scratching. The circle as a primordial form and substance, immaterial and spiritual, of the sound of places of abandonment, through the activity of taking sensitive sounds, deep and subtle. The time of these places expresses a suspended circular condition, determined by the eternal and forced to a repeated existence, in a continuous process of life, death, post-mortem and new life.

Time follows, therefore, a circular conception, in which everything tends to end and reconfigure.  The spiritual and immaterial boundary of man is defined by the circle. Man, closed in his becoming, will have to try to cross the circular border in a process that is not horizontal, not territorial, but vertical and immaterial. Just as the immateriality of sound is configured as a possibility, in a vertical spatiality of loss of earthly resonances.

Listening becomes a political action, a spatial and temporal negotiation without boundaries. Walls and divisions are resonances that trigger unpredictable visual scenarios.

A space of marginality triggers the perspective of new immaterial and physical, transcendental and political geographies. These are transitional spaces, suspended between life and death, in which everything is a border, part of a labile and mutable frontier, deterritorializing and conflicting.

These territories will once again become geographical positions, definitively abandoning the condition of place and border.

A 15 minute video about the project was presented worldwide at several festivals and exhibitions. 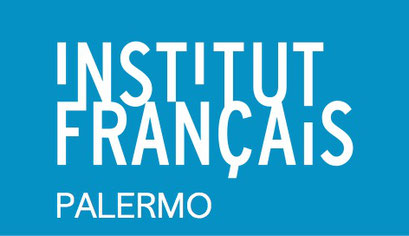 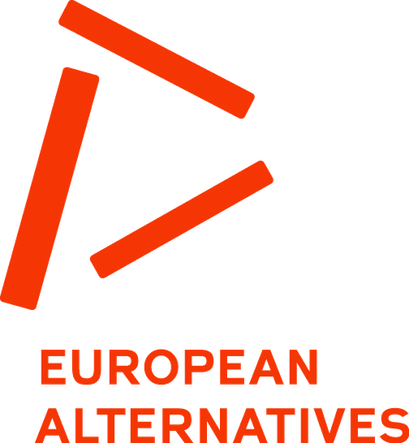 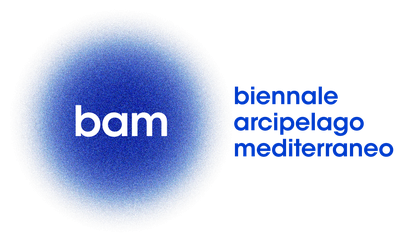